‘Everything – The Real Thing Story’ comes to DVD and Blu-ray!

My most recent film Everything – The Real Thing Story is released on DVD and Blu-ray on Monday 26th October 2020. This is the full, uncut theatrical version of the movie (not the slightly edited BBC cut) and it comes with a host of special features.

On the disc is an audio commentary by myself and Dr Abigail Gardner, plus the beautiful animated music video for You To Me Are Everything and three brand new short films which I’ve produced and directed especially for this release: Eddy Amoo – Child of the Ghetto (a tribute to the legendary musician); Real Love (a fan’s perspective) and A Night at the Café (The Real Thing Live in London in 2017). 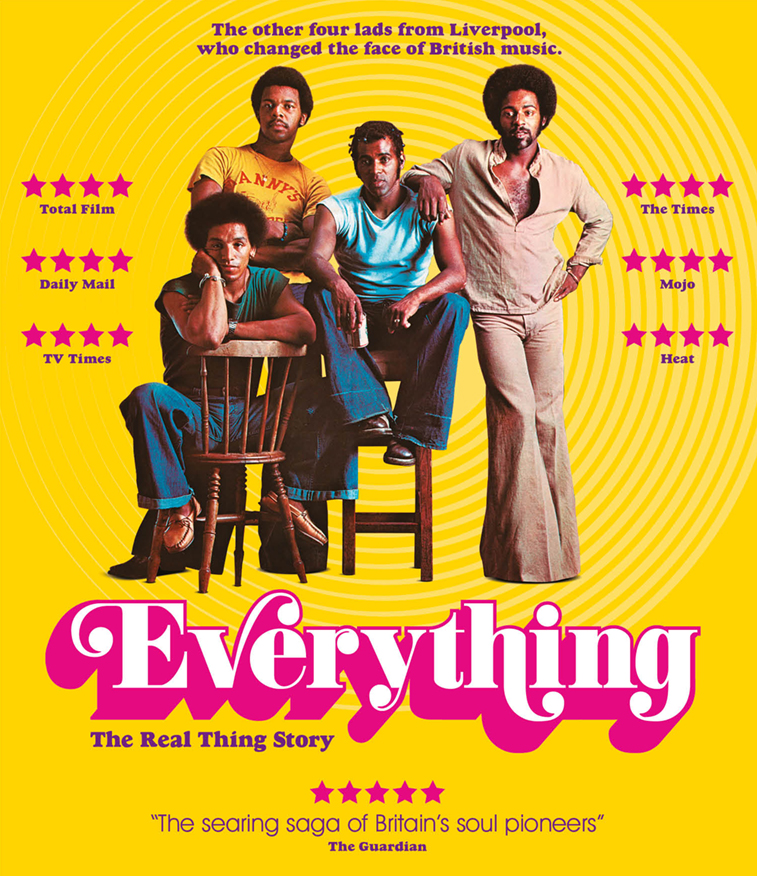 I’ve been overwhelmed with the critical response to the movie so far, and hope people continue to find The Real Thing’s story illuminating, entertaining and moving.

The DVD and blu-ray can be ordered now from Amazon.

This entry was posted in Uncategorized and tagged 1970s, documentary, Everything - The Real Thing Story, new movie, soul music, The Real Thing. Bookmark the permalink.