Reviews for ‘Everything – The Real Thing Story’

My new movie Everything – The Real Thing Story has been travelling around the UK this past two weeks and it’s had an amazing reaction from audiences. I’ve being doing Q&As with band members Dave Smith and Chris Amoo after each screening and it’s felt wonderful. Thanks to everybody who has attended so far. The film continues its run during the remainder of January and February. 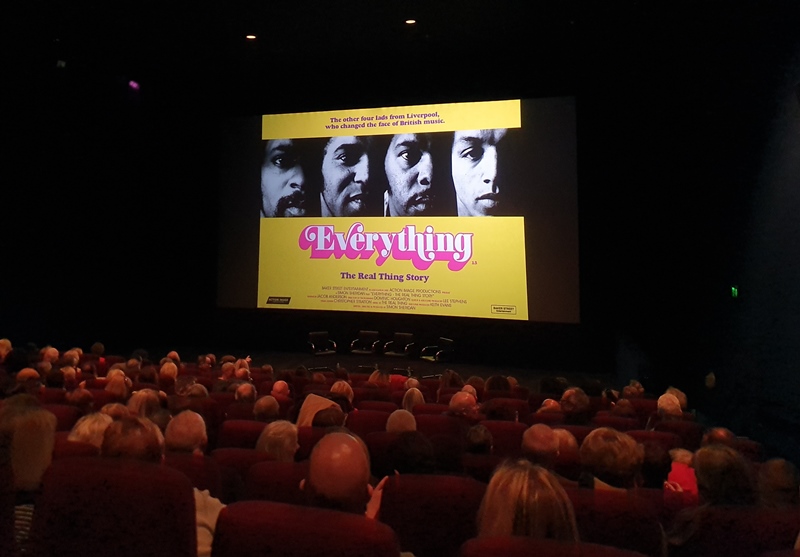 I’ve had some really positive reaction in the press too. Here are a few reviews so far:

“Director Simon Sheridan celebrates Liverpool’s oft-neglected The Real Thing in a rich, enveloping docu-study with a keen socio-historical eye. Both a ‘story of the song’ and much more, Everything digs deep. Made with passion and insight” (4 stars out of 5) TOTAL FILM

“Simon Sheridan’s film is an invaluable document of a different era of racial intolerance. A moving and necessary documentary” (4 stars out of 5) THE TIMES

“An enlightening film portrait of a pioneering British soul band. Simon Sheridan’s pitch-perfect documentary reveals a lot of blood, sweat and tears” (4 stars out of 4) MOJO

“Simon Sheridan does a diligent job of surveying of surveying what’s under the surface, and gives the problems of race and integration their due” SIGHT & SOUND

“The picture gives a sharp-lensed insight into how the group achieved the unprecedented feat of becoming the first all-black British band to reach number one in the UK chart.  Everything – The Real Thing Story is a creative artist’s visual fantasy.” THE UPCOMING

This entry was posted in Uncategorized and tagged cinema screening, Everything - The Real Thing Story, Liverpool, new movie, The Real Thing. Bookmark the permalink.